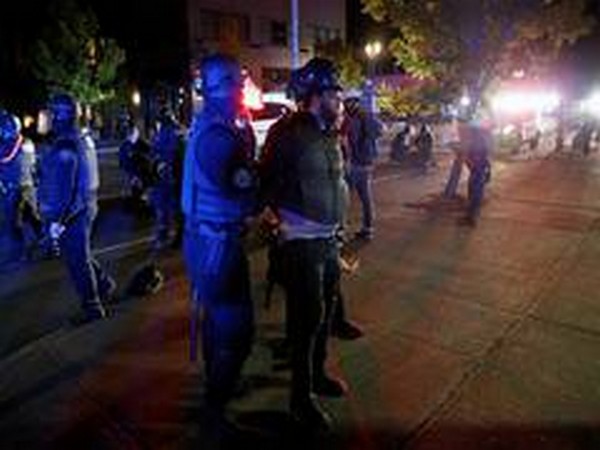 Portland [US], September 05 (ANI/Sputnik): Twenty-seven anti-racism demonstrators have been arrested in the US city of Portland after another night of unrest, the Portland police said in a press release on Saturday.
According to the police, late on Friday, demonstrators wearing gear, including helmets, gas masks, armoured clothing, and some carried shields, started a march from Kenton Park toward the offices of the Portland Police Association (PPA), which has been the site of many protests against racial injustice and police brutality over the past few months. After arriving at the offices, many in the crowd were chanting, among other things, "burn it down."
"Twenty-seven people were arrested. All were booked in the Multnomah County Detention Center on the listed charges," the press release said, adding that police officers started taking measures after rocks and bottles were thrown at them, and the assembly was declared unlawful.
Protests against racism and police brutality erupted in Portland and other US cities following the killing of an unarmed African American man, George Floyd, in police custody in the city of Minneapolis on May 25. Nationwide unrest has escalated following the non-fatal shooting of another African American man, Jacob Blake, by the police in the city of Kenosha, Wisconsin on August 23. (ANI/Sputnik)