Skip to content
Home  »  Sports   »   2015 WC will always be a highlight for me in my international career, says David Miller 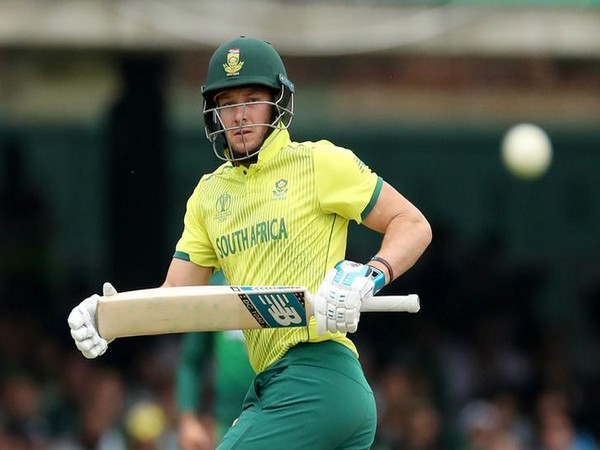 New Delhi [India], May 23 (ANI): South Africa middle-order batsman David Miller has said that the 2015 World Cup will always be a highlight for him in his international career.
Miller was doing an Instagram Live session with former Zimbabwe pacer Pommie Mbangwa and it was then that the Proteas batsman was asked about the moments or series he would never forget while representing south africa.
"It's a tough one because there have been so many. If you look back, I will always remember the 2015 World Cup, it was definitely a highlight for me in my international career, just the way we went about that tour, obviously it didn't end well, definitely off the field we have a blast while travelling to Australia and New Zealand, the vibe around the World cup was really nice," Miller told Mbangwa.
South Africa under the leadership of AB de Villiers managed to reach the semi-finals of the 2015 World Cup.
The side had to suffer a defeat against New Zealand in the semi-finals of the tournament.
Talking abouut his favourite moments, Miller also said that he enjoyed the series against Australia in 2016 where South Africa won the five-match ODI series 5-0.
He also applauded Quinton de Kock and Faf du Plessis' individual performances during that series.
Miller also said that AB de Villiers knock of 149 runs off just 44 balls against West Indies will also be never forgotten by him.
The left-handed batsman has so far played 132 ODIs and 78 T20Is for South Africa and has managed to score 4,640 runs across both formats.
Miller would have been in action for the Rajasthan Royals if the Indian Premier League (IPL) had commenced from March 29.
However, the tourmament has been postponed indefinitely due to Covid-19. (ANI)