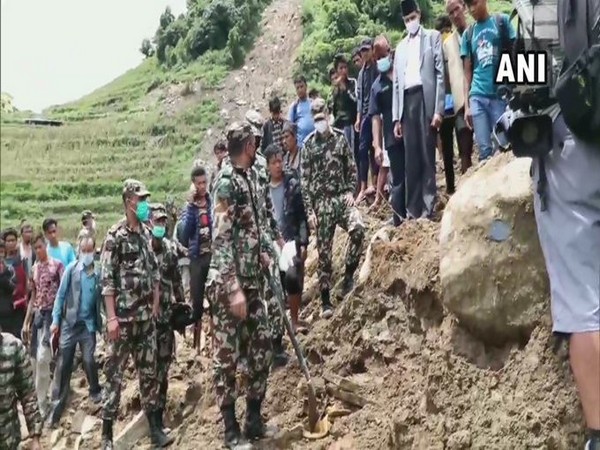 Kathmandu [Nepal], Aug 16 (ANI): Eighteen bodies have been recovered in Nepal's Sindhupalchowk district after a landslide hit the area on August 14, officials said.
Twenty-one others are still missing as rescuers continued to search for people trapped under the debris.
"Landslide has posed a huge risk in the area. Part of the slope which came on Friday has now posed a threat to other houses near it. We are still searching for survivors trapped under the debris with limited equipment," Deputy Superintendent of Police Madhav Prasad Kafle told ANI over the phone.
On Saturday, bodies of seven people including two children were pulled out from the debris while 11 bodies were recovered on Friday, Kafle added.
Friday's landslide, which occurred at around 6:30 am, had destroyed at least 37 houses, leaving 30 locals missing.
Nepal's Reconstruction Authority has suggested relocating people living in the area due to unstable topography.
A team of 150 security personnel from the Nepal Army, Armed Police Force and Nepal Police is on the spot for search and rescue operation while ministers and officials are coming to the area to take stock of the situation. (ANI)