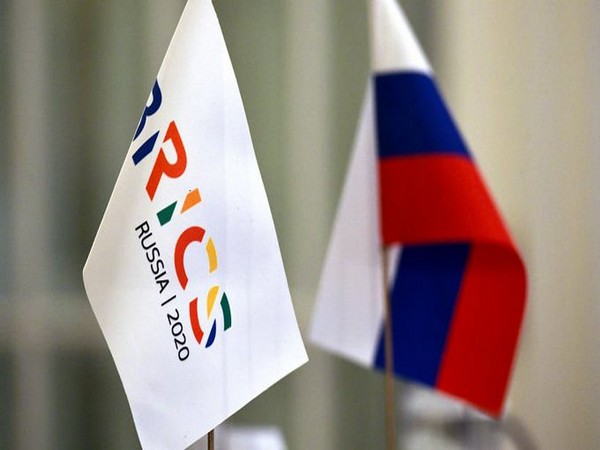 Moscow [Russia], November 17 (ANI): The 12th edition of BRICS Summit hosted by Russia, under the theme of 'Global Stability, Shared Security and Innovative Growth', will be held virtually on Tuesday.
Prime Minister Narendra Modi will be attending the summit at the invitation of Russian President Vladimir Putin, informed the Ministery of External Affairs (MEA) on Monday.
"During the 12th Summit, held in the backdrop of the 75th Anniversary of UN and in the midst of the COVID-19 pandemic, leaders would be discussing intra-BRICS cooperation and key issues in the global context, including the reform of the multilateral system, measures to mitigate the impact of the ongoing COVID-19 pandemic, cooperation in counter-terrorism, trade, health, energy and people to people exchanges," MEA said.
India will be taking over the chairship of the BRICS, which would be the third BRICS Presidency for the country since its inception, after 2012 and 2016, and will host the 13th BRICS Summit in 2021, the statement said.
PM Modi will face Chinese President Xi Jinping for the second time after the Shanghai Cooperation Organisation (SCO) summit, amid ongoing border disputes between the two countries.
The participants of the summit will discuss cooperation prospects and international agenda said the Russian foreign ministry on Monday.
"The leaders of Brazil, Russia, India, China, and South Africa will discuss the current state of cooperation within the body and its prospects, they will exchange opinions on pressing issues on the international and regional agenda, they will recap the results of Russia's BRICS presidency this year, and also coordinate positions in light of the G20 summit, scheduled for November 21-22," Russian foreign ministry said in a statement, Sputnik quoted.
The summit is being held in the backdrop of the 75th anniversary of the United Nations and in the midst of the COVID-19 pandemic. (ANI)