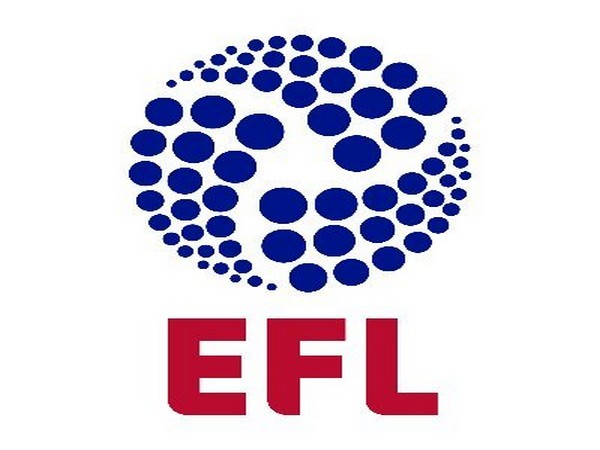 Lancashire [UK], May 31 (ANI): The English Football League (EFL) Championship has confirmed ten individuals test positive for coronavirus from eight clubs after test results of Thursday and Friday were announced.
EFL said that "1058 players and Club staff from the 24 Championship Clubs were tested over the course of Thursday, May 28 and Friday, May 29, with 10 individuals testing positive from eight Clubs".
"Those players or Club staff who have tested positive will now self-isolate in line with the guidelines provided by the EFL and only those who have tested negative will be permitted to enter training ground facilities," the statement read.
However, the Premier League announced no new positives from the latest round of testing. On Thursday, the league had confirmed its return date as June 17 and all the matches will be played behind closed doors.
Before the suspension of the Premier League, Liverpool was at the top of the standings and was 25 points ahead of the second-placed Manchester City. Liverpool is just two wins away from lifting the title.
"The EFL will continue to make regular and relevant announcements as appropriate in respect of the testing programme to support competition integrity and transparency. No specific details as to Clubs or individuals will be provided by the League," the statement added.
The EFL also said there were seven positive tests from three clubs in League Two, from 135 tests.
The Championship has been suspended since March is reportedly hoping to restart next month. Leeds United were a point clear of West Brom when the campaign was stopped. (ANI)